← back to
Pyramind Records
Get fresh music recommendations delivered to your inbox every Friday.

Luv Is The Foundation 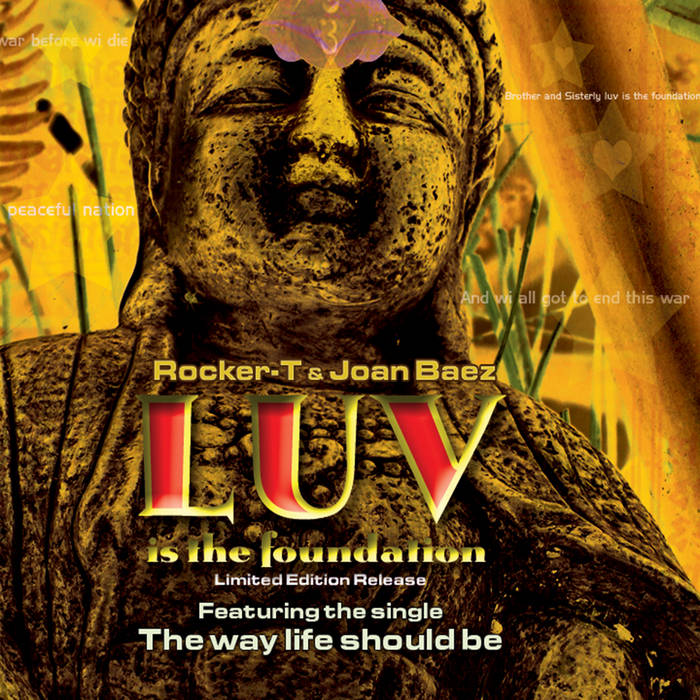 Rocker-T and Baez first met, and had discussed the idea of recording together one day, after his rousing and legendary Reggae on the River Festival performance, in Humboldt, California in the summer of 2000.

Rocker-T, who cites Joan Baez as the most influential musical artist on his own career, says, “I am deeply honored to have Joan share her voice on a project that I believe will help lead to a more peaceful world.”

Rocker-T originally hails from Brooklyn, New York and now resides in Oakland, California, was an integral part of the formation of the New York City Ska scene in the 1980’s and is one of the founding talents in the creation of the New York City Dancehall/Ragga Hip Hop scene in the early 1990’s. He is a gifted multi-instrumentalist, vocalist, composer, DJ, performer, producer and MC. ... more

Bandcamp Daily  your guide to the world of Bandcamp